Publication: Derriere le Miroir Magazine, No. 138, Paris, France, 1963
Georges Braque (1882-1963) is a French painter, graphic artist, graphic designer, sculptor and decorator. Born in Paris, he came from a craft family. He studied fine arts at the Hawra Art School, then at the Ember Academy in Paris. Beginning as a decorating artist. In creative pursuits, he is close to fauvism, under the influence of Matisse and Deren. He exhibited his works at the Paris Independent Salon (1906). In 1907, after familiarizing himself with the painting of Cezanne and meeting with Picasso, abruptly changed his artistic style, striving for a laconicism of painting and geometrization of the depicted objects. In 1909-1912, collaborating with Pablo Picasso, theoretically and in practice, he grounded a new direction in art - Cubism, becoming one of its co-founders. He took part in the First World War, was seriously injured, returned to painting only in 1917. He engaged in church stained-glass windows, painted a ceiling painting in the Etruscan Hall of the Louvre, and others like that. The leading theme of the late Creation of Braque is the "bird that fired its wings in flight". In 1934 the first monograph on the artist came out - the book by Carl Einstein. 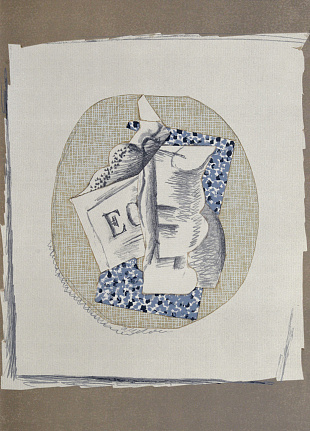