Boris Frenkel-Borvin (1895-1984) - French artist and critic of Jewish descent. He was born into a family of peasants in the Polish town of Slupca. During the First World War he was an apprentice engraver, after which he attended architectural courses in Lviv (1919). He moved to Berlin (1920), where he became closer to the local Jewish intelligentsia. He traveled the world, hired as a merchant sailor, then came to Paris (1924) and then to Brussels, where he lived until the 1930s. He studied at the School of Decorative Arts, created theatrical scenery and founded a drama studio. After a while the artist was expelled from Brussels and he settled in Paris, where he participated in the founding of the Association of Jewish Artists (1937); after the end of World War II he published the magazine "Our Artists". 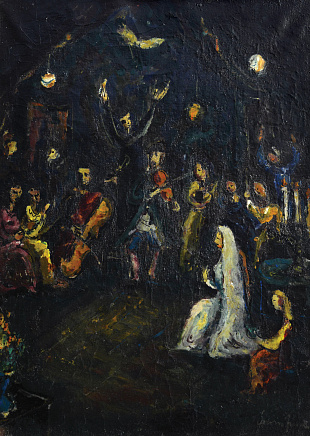