Paper Arches, color lithography
65 x 50 cm
Author's signature in pencil bottom right, copies left
Mintage: No. 129/165
Felix Labisse (1905-1982) is a French surrealist artist, illustrator and designer. Born in French Flanders in Douai. Worked with James Ensor, and in 1927 moved to Paris, where he immediately became close to the elite of French literature and art. His friends were Paul Elyour, Robert Desnos, Jacques Prever, Philip Soupot, Jean-Louis Barro, Liz Dearem and others. They devoted him poems and essays. It was he who created scenery for Kafka's "Process", staged by the great French director Jean-Louis-Barro. He was elected to the Academy of Fine Arts (1966). Pictures of Felix Labis were featured in a retrospective exhibition at the Van Beuningen Boijmans, Rotterdam Museum (1973). 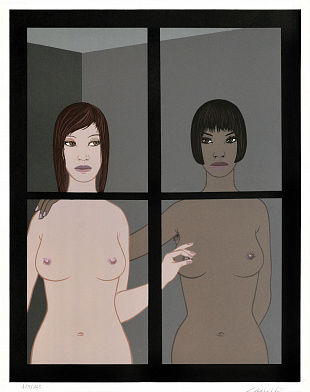