The exact copy of Jerome Virax from the engravings of Albrecht Durer
Paper of the late XVI century with a large watermark, engraving
11.5 x 7 cm
Two monograms - AD (Albrecht Durer) and ICV (Jerome Vicky) "on a metal plate" below
Publisher: Jan Visher
Albrecht Dürer (1471-1528) - German painter and graphic artist, one of the greatest masters of Western European Renaissance and the largest European woodcut master, who raised it to the level of true art. The first art theorist among Nordic artists by practical guidance on fine and decorative art in German, which promoted the need for comprehensive development of artists. The founder of comparative anthropometry. The first European artists who wrote an autobiography.

Jerome (Hieronymus Wierix) (1553-1619) is a Flemish engraver, brother Jan Viriks and a member of the Virix family from Antwerp, who copied engravings by well-known artists, including Albrecht Durer. Viirex was born and died in Antwerp. According to the data, he and his brothers Jan and Antoine were all engravers. After the death of his father Jerome was given to Jerome Manaker for painting. Jerome Virl is basically known for his "very delicate religious engravings on a very small scale." In 1570, Virix worked in the studio of Christoph Plantation, where he mastered the technique of engraving. He was only seventeen years old when he made his first engraving for Plantation. He made about 120 prints for Plantation from 1569 to 1576. His first engraving as an independent master saw the world of 1577. Between 1577 and 1580, he created a large number of engravings for Willem van Hecht and his nephew, Godweard van Hecht. These works were mostly allegorical and political. His disciples were Abraham van Merlien, Jan Baptiste van den Sande the elder and Jacob de Vert. His daughter, Cristina, married the graver of Jan-Baptist Barbe, who later had her other daughter, Cecilia (his in-law), declaring mad to claim her legacy - a set of drawings by Durer. 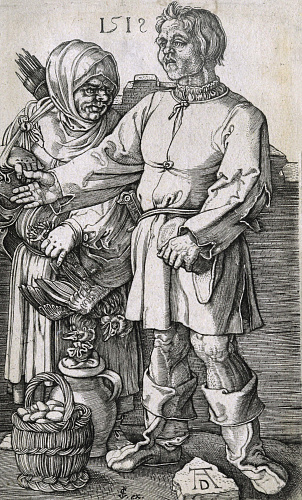