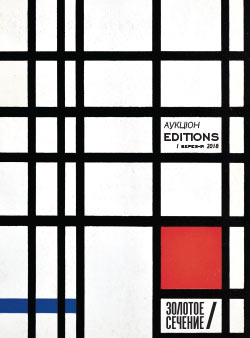 In Kyiv, pre-auction shows of works by Durer, Picasso, Chagall, Matisse, Modigliani, Warhol and other world artists will be held

Entrance to the exhibition for all comers is free.

At the end of the exhibition - on March 1 at 19:00 the final live auction will take place, where the organizers will put up for sale all the works of the exposition.

The exhibition of the Editions has been held for the second year in a row by the largest Ukrainian auction house "Golden Section" and enjoys great success with the public.

Among the 44 exhibited works - lithographs, etchings, engravings, linocuts known foreign and Ukrainian authors working with circulation techniques. Most of the works have original author's signatures and were issued in small limited editions.

"We collected this collection across Europe - from private collections and galleries. Work for the auction was brought from Holland, Belgium, England, Italy and the United States. We conducted lengthy negotiations with private collectors, which eventually allowed us to exhibit rare collectible prints and establish the best starting prices for them," said co-owner of the auction house" Golden Section "Mikhail Vasilenko. - We managed to collect a lot of significant names in the circus art. The cost of some circulation works of world classics at this auction starts from $ 500, the famous Ukrainians - from $ 100. Our goal is to attract the attention of new people and novice collectors to the popular, in Europe, inexpensive, but interesting kind of collectibles. Give them the opportunity to bargain and feel the taste of the auction on their own experience, to establish a home collection of works of art that will form the basis of family values."

Until February 28, during the pre-auction show, everyone can take part in a "silent" auction and stake on the lot you like right in the exposition hall or on the website www.gs-art.com.