Goldens auction house (changed name from "Golden Section") was established in 2004. The first auction held in March 2005 had the name of "Soviet Art" and defined the basic work course of the action house and market segment for following five years.

Already since 2006 Goldens took leading positions in sales of Soviet art in Ukraine, exposing for sale the best works of Ukrainian classics of N. Glushchenko, V. Zaretskiy, S. Shishko, I. Bokshay, Ya. Basov, P. Stolyarenko, V. Chegodar and many others.

In 2009 Goldens auction house initiated the opening of «CONTEMPORARY ART», a contemporary art department. In autumn there was the first auction of «CONTEMPORARY ART», where the collectors were demonstrated a "new" section of Ukrainian art, still unknown to a lot of people. For the first time in Ukraine at the auction in addition to painting there were represented objects, installations, photo works, videos, street art and digital art.

The opening of the pre-auction exhibition was accompanied by a shocking performance, which was organized to reveal the nature and strangeness of contemporary art, as well as to emphasize ideological component of the works of contemporary authors.

Already in the spring of 2010 there was an auction of "YOUNG CONTEMPORARY ART", which demonstrated a real interest in this art market segment. The result of the auction comprised 40% of sold lots, a third of which was sold with bidding. That was a great stimulus to the development of «CONTEMPORARY ART» department, and since then the auctions of this department have become a part of the auction schedule of Goldens action house and are held twice a year along with the auctions of classic art.

Already since the autumn of 2010 the auctions of «CONTEMPORARY ART», conducted by Goldens auction house, initiated methodical formation of a civilized market of contemporary art. The sales began to exceed the 50% barrier, many new records of modern Ukrainian authors were made at our auctions. Search and discovery of new names has become a key task of the department, the circle of artists is constantly expanding, attracting authors not only from Ukraine but also from neighboring countries.

In 2010 with organizers’ efforts in the auction house there was created one more new department of "DESIGN". In autumn there was held the first auction of "DESIGN" on subject design, which included authorial conceptual pieces of furniture, household, lighting objects, ceramics, glass and much more. In 2011 the department was expanded and section of "PHOTO" was added to the auction.

Also in 2010 it was planned to create "THEMATIC AUCTION" department which opened the auction of "AVANT-GARDE", where the top lot was a wonderful work by V. Kandinskiy, "Abstract Composition" (1912).

2011 was full of events and also laid the foundation to expansion of the auction house in regions of Ukraine. In December there was held the first on-site auction of «CONTEMPORARY ART» in the city of Donetsk. The auction results demonstrated good prospects for development and geographic expansion. Already in the spring of 2012 there will be the next "CLASSICAL ART" auction in Donetsk.

In addition to auctions arrangement Goldens organizes exhibition projects, among of which the most serious are "Russian Icon of the 17 - early 20 centuries", which took place in the halls of the National Museum of Russian Art in 2009, and the exhibition of "Graphics of N. Gluschenko 1930 - 1970", which is to be held at the same location in April 2012.

Since the foundation of Goldens auction house we have created and replenished more than 500 major Ukrainian collections, which brings us an extraordinary pleasure and pride for our work. 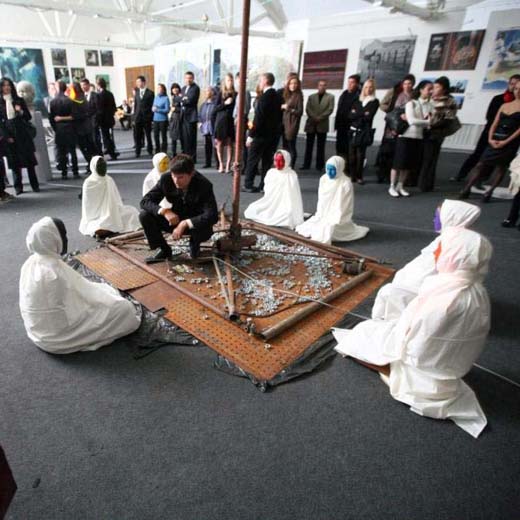 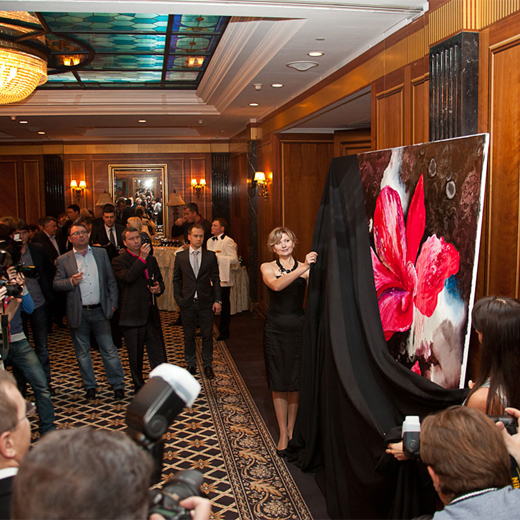